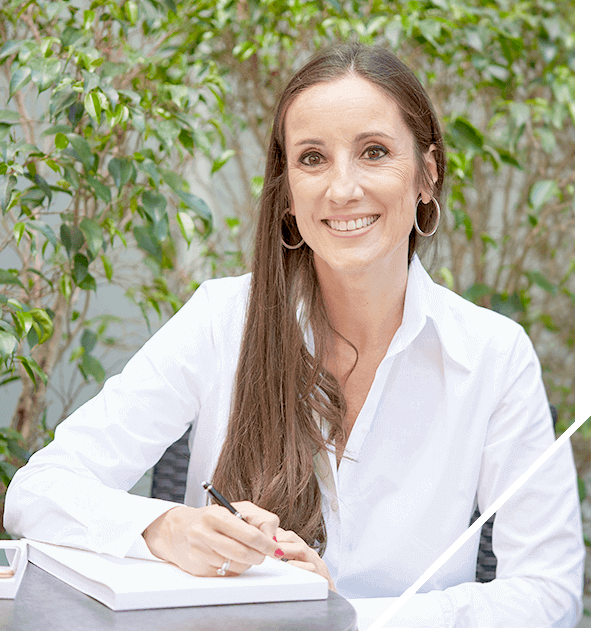 Applied to the Educational world

By studying the birth chart (astral) of each child or adolescent, we analyze patterns of their behavior in life, skills, fears, concerns, etc. Through our mechanisms of interpretation and knowledge we initiate a process of analysis using our equations and know-how that we personalize for each one of them. Once the analysis is completed, we issue a report with the proposed SOLUTIONS that best suit your needs.

Services for the Educational world

Finally we accompany both parents and educators in the process of implementation and monitoring, thus ensuring the expected results.

Through our tool we are able to study and analyze in depth human behavior at a conscious and unconscious level in order to improve the educational and personal performance of each child. We seek to understand their behavior in life and above all to enhance their innate talents and abilities.

We seek to understand their behavior in life and above all to enhance their innate talents and abilities.

Personalised stories of motivation and self-improvement

Through the knowledge of the emotional and psychic world of the child we can know what their reactions, motivations, fears, etc. are to life. Through a story where he is the protagonist we encourage him to live a series of adventures where he will realize his strengths and how to overcome the adversities that may arise. What we achieve is to boost his self-esteem.

In-depth analysis of the child’s fears and blockages

We seek to discover what you need to be happy and above all how the mechanisms of your conscious and unconscious mind work when it comes to motivating or sabotaging you to find your happiness and to get the most out of yourself.

Consulting sessions with parents and educators to improve academic performance

Through sessions where the different types of intelligence of the child will be worked on.

Complete analysis of each child in all areas of their life

Through a thorough analysis that will help your parents and educators to know and understand you better.

In a consultation, a mother seeks to motivate and empower her youngest child (the youngest of three siblings) and would like a story tailored to him to help him do so.

Analyzing the chart of the little one we see that his Sun in Scorpio makes him let himself be carried away by his instincts and passions, that he is emotionally intense, very perceptive and faithful to his goals. We see that by being in House 7 he needs to assert himself through others and needs others. Your Moon in Leo makes you like popularity, being the center of attention and your position in House 5 indicates your need to express yourself in the creative realm and play and fun. And with his Aries Ascendant we see that life for him is a challenge and a permanent competition for first place. He is a child full of energy and who walks through life as a lone fighter.

Once upon a time there was a magical kingdom located in the jungle where all the animals lived in peace and harmony.

The king was a strong lion and very loved by all, the queen was a lioness also very loved by his subjects for their generosity and for always taking care of the most needy. The kings had three children, Romulus the eldest was very handsome, a great artist who emanated a special magnetism to all those around him, the second Romulus was very nice and happy. He was the king of the party and was always surrounded by friends. The third Gomulus who was the youngest was shy and felt that he was not up to his brothers.

He looked at them and felt so small, so small by their side that sometimes he hid in his inner world and in his imagination. Many times he sat on the mountain and looking at the stars he dreamed of great adventures where he was a brave pirate who found a treasure, other times he was a fantastic speaker who conquered everyone with his stories and other times he was a colorful bird that flew around the world. His parents watched him and saw him there in silence, dreaming of his world without knowing what to do to bring out that strength, passion and illusion that they knew their little lion had.

“Gomulus who was the youngest was shy and felt that he was not up to his brothers."

One afternoon the mother lioness came up with an idea. The birthday of little Gómulo was approaching and she decided to organize with all the animals of the jungle, friends of her son and with her two brothers a yincana. It would be called “The Treasure Hunt” and the prize would be a lot of candy, colorful balloons, a big cake and the gold medal of the kingdom. This medal was very important because it was the medal that was granted to the bravest animals or those that had some gift. And this honor was given by the king in front of all the people.

And so it was done. The day arrived. All the animals were summoned to the festival and all the participants were very nervous and excited. Gomulus did not sleep all night. He was very excited and eager to see all his friends and participate in the gymkhana. He looked at his two brothers and was happy that they were also participating. “Surely Romulus will win” he thought, “or maybe Romulus”…..but something told him that he had a chance to win too. The time had come, until now the rules of the game were secret and nobody knew anything about the “treasure hunt“.

The queen appeared dressed in her best clothes and began to speak:

“Friends, we are all here to celebrate the birthday of Gomulus and as announced you will play the game “Treasure Hunt”. At the end the king will give the gold medal of the kingdom to the winner and we will celebrate together with a big chocolate cake. The game consists of the following: I’ve left a series of clues along the forest. Each clue will tell you what to do. You have to complete the 10 houses along the way. The one who reaches the goal first will be the winner. Remember: you must have intuition to find the clues, strength to never give up during the game, agility to overcome the tests and above all confidence in yourself to reach the goal.

All the participants, headed for the forest and kept running up and down excited in search of the clues. Gómulo arrived at the forest and began to observe. He knew how to see, to sense what the forest was telling him. He had been there so many times that he felt he was in his own world. His secret world. The forest spoke but only to animals that knew how to listen with their hearts, only to those who knew how to read in the eyes of others without words and only to those who dared to dream and believe in miracles. And there, while all the animals ran endlessly looking for the clues, Gomul was guided by the fairies of the forest and the elves to each of the clues. He smiled and jumped for joy every time he found a clue and rebuilt the puzzle. He was excited. His imaginary pirate appeared and jumped rivers, climbed mountains, ran without rest from one place to another and never forgot to thank each fairy and each goblin that appeared to him. “Thank you, thank you, thank you,” shouted Gomulus as he reached the finish line in ecstasy. Before crossing it he turned and thanked his friends in the forest who had helped him so much in that adventure. “Thank you, Gomulo,” they replied, “thank you for listening to us with your heart and for making us participants in your dreams and illusions and for your trust. You are a great warrior, the trials have not been easy and you have passed all of them without stopping, smiling and fighting. Your physical and mental strength together with the strength of your heart have made you the winner“. And Gomulo crossed the finish line to the applause of all the people. 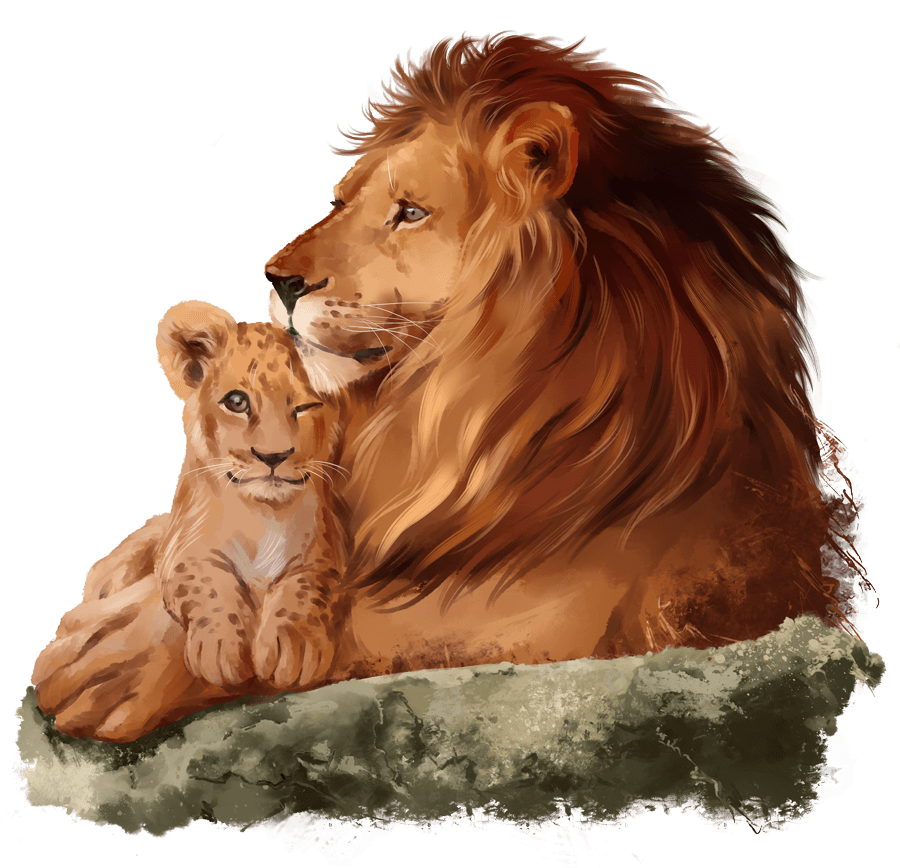 “I won, I won, I won!!!” Gomulo kept shouting. And the whole kingdom heard his cries of joy and all the people were thrilled to see the little big lion win.
All the participants of the game arrived. The party arrived and the awarding of the medal.
They say that when he put the gold medal around his son’s neck, a tear of emotion rolled down the face of the great lion king. And Gomulus proudly and happily turned to embrace his mother for the great gift she gave him that day.
“I’ll never forget it,” he said to his mother. “Even I, my son, love you with all my heart and you are a worthy recipient of this medal. I am proud of you” replied the queen.

And now, this story is over.

Any cookies that may not be particularly necessary for the website to function and is used specifically to collect user personal data via analytics, ads, other embedded contents are termed as non-necessary cookies. It is mandatory to procure user consent prior to running these cookies on your website.